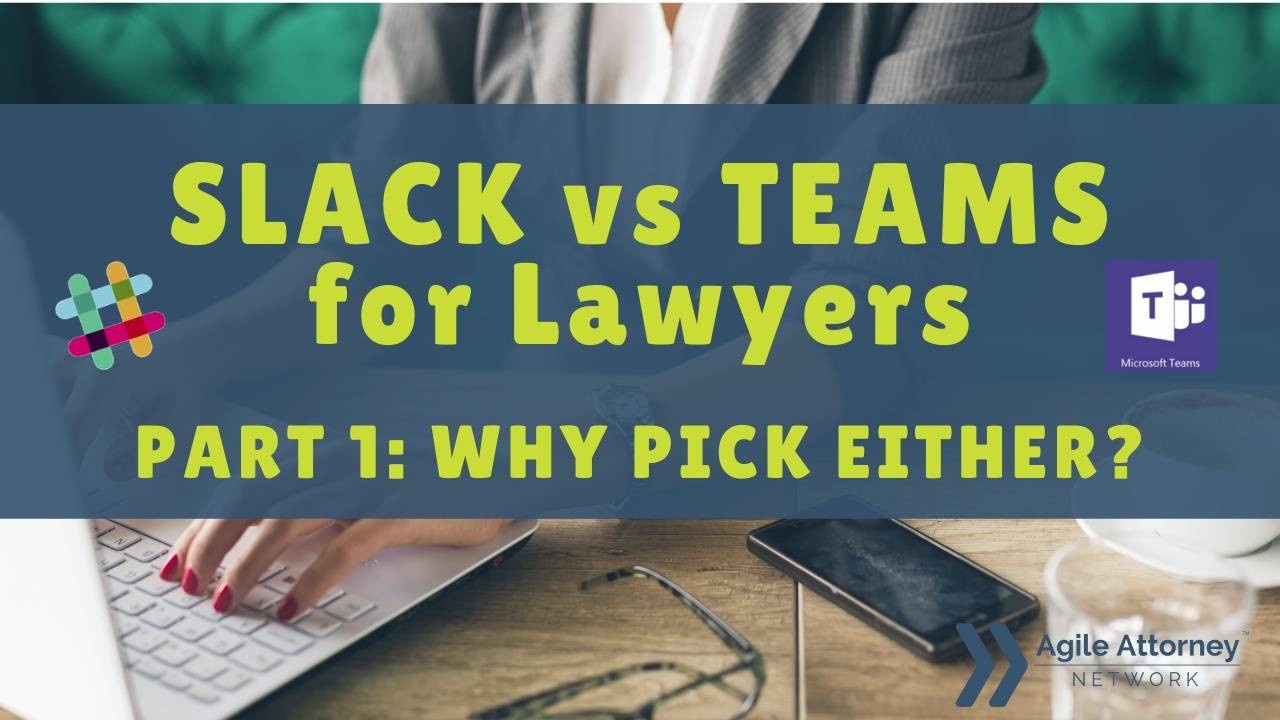 Slack vs. Teams for Lawyers: What do you need?

Note: This is an excerpt from the article I prepared with Kenton Brice for our 2021 ABA Techshow presentation on Slack vs. Teams for law firms. We thought the assigned topic was too simple, so we expanded it into a broader discussion of how to evaluate legal tech. This post is part 1. You can read part 2 here, and part 3 here.

As soon as any business has a team, it has a team communication problem. We won’t go through the long history of ways that humans have tried to solve this problem, instead we’ll skip over most of the historical options to discuss the tool that is undoubtedly the most common in today’s settings: email.

And even landing on email, we won’t discuss the many benefits and drawbacks of the tool except to note that often times the benefits (e.g. the ability to send messages to a large number of people with almost no incremental cost to the sender) go hand-in-hand with the drawbacks (e.g. getting copied on messages that you don’t want or aren’t interested in).

There is one major drawback of email that plagues businesses and legal teams alike. When a large number of people is included on an email chain, the chain has a tendency to split into multiple, difficult to track conversations. If different recipients respond to a widely distributed email message at the same time, it creates a fork in the conversation. Each reply threatens to kick-off a whole separate sub conversation which, if replied-to by multiple people, itself has the potential to fork, and fork again. All of the messages will typically be received under the same email subject line, but the actual conversations therein may cover any number of tangentially related topics.  Additionally, there is always the slight chance that internal emails in such a tangential arrangement will negligently be forwarded to someone else, such as a client, opposing counsel, or maybe even a court.

Notwithstanding the risk of internal emails exiting the inner sanctum of law firm, this email situation becomes especially cumbersome in two situations as it relates directly to team communication: (1) For a person who is trying to document or re-construct a communication after the fact, it can be incredibly difficult to present the emails in a coherent order and (2) if a team member misses out on early parts of the conversation, it can be incredibly difficult to find the important thread(s) and act upon them. (These scenarios are, of course, really versions of the same problem.)

Enter threaded messaging tools. Although the concept of threaded messaging is as old as the Internet (threaded message boards, BBSs, and IRC all predate graphical web browsers), they have recently gained prominence as real-time team communication and collaboration tools. An early innovator was Yammer, which was acquired by Microsoft who re-worked and re-branded it as Teams. But the sector seemingly exploded into the mainstream with the launch of Slack in 2013.

By setting up conversation channels, threaded messaging tools maintain a “single source of truth” for a chain of communications. This makes it much easier to re-create a flow of communication because every addition is logged in chronological order by author/participant. That, in turn, makes the communication more useful and easier-to-follow for people looking to catch up after-the-fact.

Communications within the threaded channels also tend to be more conversational, with fewer long blocks of text. Because team members can follow-along in real time, these tools can be a good way to help team members quickly get on the same page and have their questions answered without as much potential for delay as email. In this way the threaded communication contains elements of an in-person meeting but with a real-time transcript (note that both Slack and Teams now offer video chats as well, which are not transcribed without additional steps). Individual participants can pause or snooze conversations if they are working on other things and come back to it when they have the time and capacity.

The tools are not without downsides, however. In fact, the meeting-like nature of the conversations is often the source of frustration. When threaded conversations start up with no clear agenda and no clear timeline, team members can feel like they are stuck within a perpetual meeting that leaves little time for getting actual work done. The ability to hail (through an @-mention) people into a conversation can also be disruptive to that person’s workflow or personal time, leaving people feeling scattered or pulled in multiple directions. Finally, for teams that also use email to communicate, adding a threaded message tool creates an additional input to track and stay on top of, which increases the chance that important information will get missed.

And that’s all we are going to say about that topic. For further reading, there is (of course) a ton of information on the internet. Much of it is laudatory (and much of that is perpetuated by the companies with an interest in your purchasing one of the available solutions), but be sure to seek out the cautionary tales as well. Of particular note is the recent New Yorker article by Cal Newport, author of the bestseller “Deep Work; Rules For Focused Success in a Distracted World.” His take? Slack is the Right Tool for the Wrong Way to Work. (Although he mentions Slack in the title, his criticism extends equally to Teams).

Which begs the question: If Slack and Teams are potentially the “wrong way to work,” what is a better process for evaluating software to help you and your team work the right way? Check out Part 2 and Part 3 of this  series to help you answer that question.

Slack or Teams for your Law Firm: How to Decide

So let’s say you’ve worked through the considerations in our introduction about whether you actually want or need another messaging platform as part of your operations, and you’ve decided that you do. And let’s say you’ve worked through your internal problem statements and narrowed the contenders down to two options. How to choose between the two?

Fortunately, this is a pretty straightforward analysis. The features are pretty comparable between the two. Both are owned by well-established technology giants and have robust support and implementation ecosystems (including through external vendors). They both are generally considered to be secure (though be wary of the limitations of Slack’s free tier).
The biggest differentiator between the two tools is ecosystem. If your team is already using tools within Microsoft’s Office 365 suite, especially if Outlook or Exchange handles your email, then Teams has native integration with the tools you already use. That isn’t to say you won’t have configuration challenges, but compared to going outside of the Microsoft suite they will be minimal.
If you use the Google suite for email, then Slack becomes the more attractive option. Slack has robust API integrations with Google and a host of other software providers, and can connect through Zapier or similar tools to almost any cloud-based software you can think of.
And if you don't use Microsoft or Google for email, then we're going to assume you are tech-savvy enough to figure out threaded messaging without our help. (Also, don't @-me if you're on Prodigy or WebTV or something old-school; just hit me up on Friendster instead.)
While there are surely use cases for going with Slack + Outlook, or Teams + Google, they are outliers. Yes, you can connect each tool to the other across ecosystems, but API connections to Microsoft-based email will never be as robust as Teams’ native integration with it.  Also, if you have one of those outlier situations, then you probably already understand the strengths and limitations of each tool to a deeper extent than we can describe in this article.
Here's what we billed at TechShow as "John  & Kenton's Double Secret Formula for Choosing between Slack and Teams:" 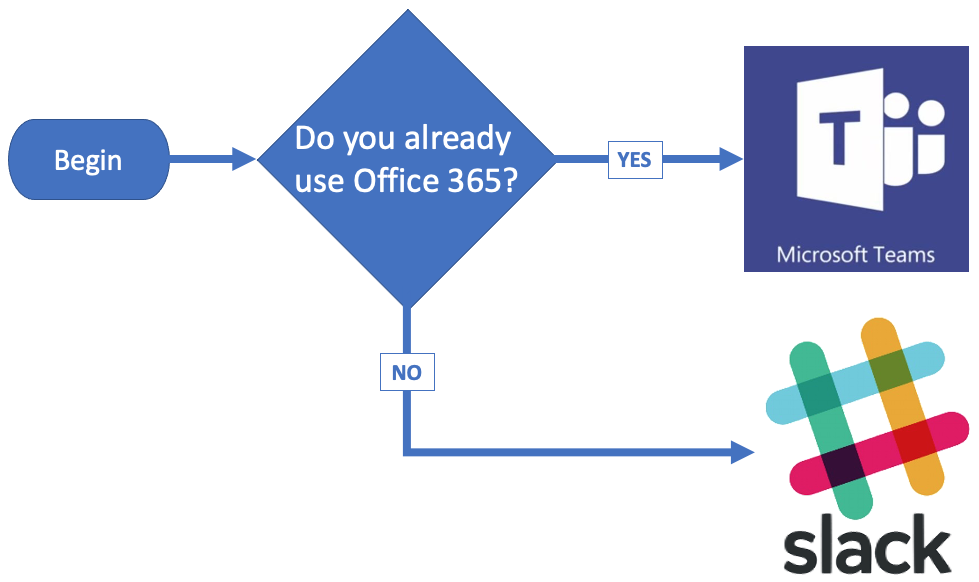 We can even take it a step further and expand the flow chart to this: 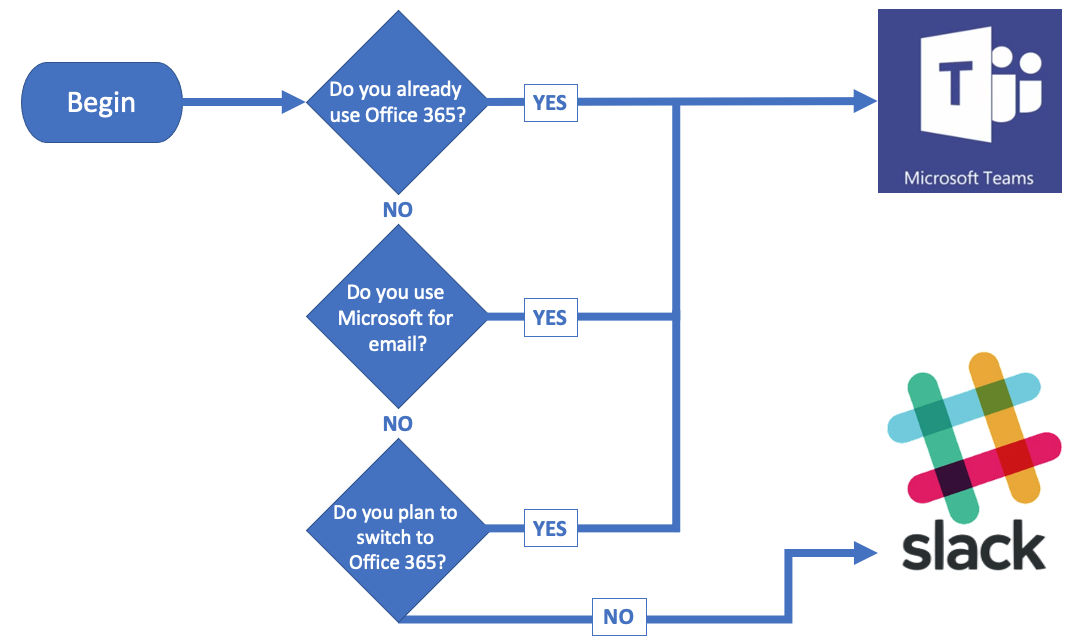 Want to discuss how to better integrate technology into your law practice workflows? I can help. While I'm a fan of technology, I also am realistic about what it can and can't accomplish. As you'll read in Part 2 of this series, real progress comes from working on people, processes, and tools, roughly in that order. I love helping lawyers and their teams find ways to work better, so don't hesitate to schedule a free 30 minute discovery call to talk about improving the flow of work in your law practice. 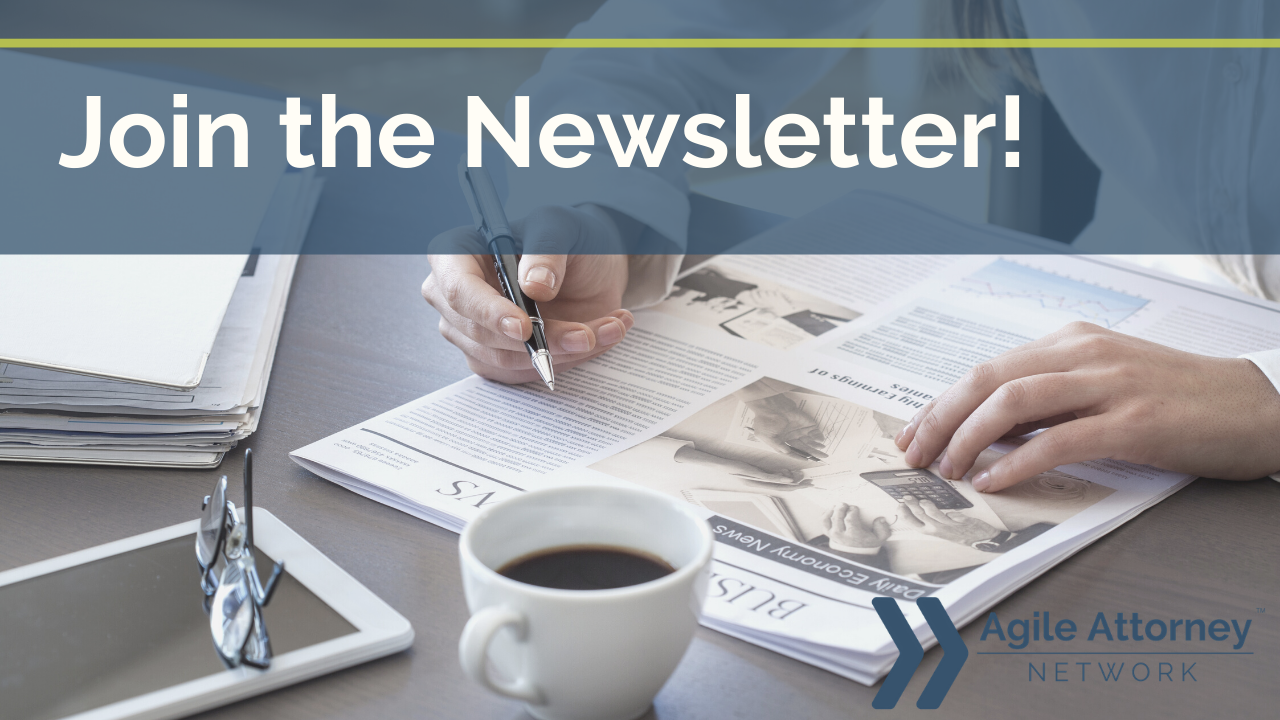