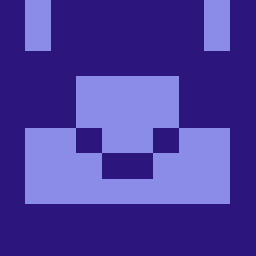 Lately I’ve been thinking about what I see as one of the great shortcomings of the way we lawyers approach problem solving,  i.e. our proud tradition of following the Case Method and tenets like stare decisis and adherence to precedent. These tools all have their benefits, especially in the context of maintaining a consistent set of legal rules for society to govern itself. But for finding solutions outside the context of the courtroom—the kinds of problems we face every day in running a business or developing a practice—the traditional lawyer’s tools are deeply flawed.

For one, the entire system is built upon an eminence-based system of rule-making in an era where the worlds of science and industry are steadily (if sometimes slowly) marching towards an ever-strengthening reliance on evidence-based decisioning. This evidence-driven methodology is, of course, built upon the tenets of the scientific method and its many adaptations for use in the business world beyond the context of research & development; methods like Lean, Agile, Design Thinking, and The Lean Startup.

“Wait a minute,” I hear, “Lawyers use evidence all the time. We study it. We cherish it. We have entire bodies of rules and laws devoted to it. How can you say that our legal system isn’t evidence based?”

Easy: we’re not talking about the same word. Legal “evidence” and scientific “evidence” are homonyms. Same spelling, similar origins, but—as used in modern parlance—increasingly different meanings. I won’t dive into the etymology of the term, but for evidence(legal) of this divergence, look no further than the need for a Wikipedia Disambiguation Page.

Here’s the difference in a nutshell: Scientific evidence is accepted as true based on empirical (that is detectable and measurable) findings, well-documented methodologies, and repeatable outcomes. Legal evidence in the context of fact discovery is accepted as true based on a professional persuader’s ability to convince between one and twelve other people that her theory on the facts is better than the alternative. Or, in the context of “discovering” the law, legal evidence is based on a similar persuader’s ability to sway between one and thirteen other people—judges who have achieved eminence in their profession—that his interpretation of the law is the better one. (My numbers assume a trial judge, three appellate judges, and a nine-member supreme court, though en banc review, individual state practices, and political considerations can obviously affect the count.)

An even better case for the distinction? The scientific method has no concept of “stare decisis.” Sure there are things that scientists generally accept as more likely than not to be true (we even call some of them “laws” of things like motion or thermodynamics), but they derive their power not from the eminence of their original theorists but from their durability in the face of rigorous and repeated attempts to prove them wrong.

I’m already in danger of diving too deep down this rabbit hole, but here’s my general point: Lawyers—certainly through nurture and perhaps a little bit by nature—frequently encourage deference to existing ideas, especially when those ideas are are associated with “superiors” or “experts.” This isn’t without merit, but it does expose us to a sort of herding behavior around notions that are frequently colored by the foibles and cognitive biases of otherwise effective persuaders. Moreover, legal evidence is highly susceptible to extraneous factors, and it suffers from poor feedback loops. Scientific methods aren’t always perfect (or, perhaps, human bias inhibits our ability to practice them perfectly), but they present a far more stable foundation for generating consistent and measurable outcomes.

The problems of precedent and eminence-driven decision making accumulate when they are allowed to dictate the business of law. Where many businesses are benefiting from a Copernican Revolution in Management—whereby instead of promoting the firm’s particular set of products and services, it puts itself in orbit around the problems and needs being felt by its target customers—most lawyers still find themselves peddling their special brand of buggy whip even while faced with mounting evidence of obsolescence. (For the record, I don’t think AI is going to put all lawyers out of business, but I do think it is going to put many lawyers out of the jobs they’re currently in).

To survive the approaching (and accelerating) changes, lawyers are going to have to adapt to evidence(science)-based methods for learning about their customers, for developing products and services that solve customer problems, and for running experiments on their own businesses to gain validated learning about what works and why. We need to develop an emphasis on business analytics and data-driven decision making, including establishing the pre-requisites of well-articulated Mission, Goals, and Strategy.

More than anything, we’re going to need to abandon our ingrained preference for—and relative comfort of—precedent and stare decisis, or at least we’ll need to leave it in the courtroom. Instead, we must learn how to acknowledge the extreme uncertainty of the business world and embrace the modern business methodologies that help manage it.

About John E. Grant: I am the Founder of the Agile Attorney Network. In addition to being a lawyer, I have over 20 years experience in business operations management, product development and marketing, project management, and process improvement in the legal and software industries. I work with law firms, in-house legal departments, and legal tech startups to maximize their understanding and delivery of customer value. To learn more about how I can help you take your business or law department to the next level, please don’t hesitate to contact me.

Please log in again. The login page will open in a new tab. After logging in you can close it and return to this page.