Responsiveness is the Death of Productivity 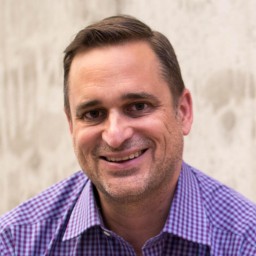 Hey there: If you’re on this page because you clicked a link in my newsletter that was supposed to be information about Juneteenth, sorry about that. I obviously pasted the wrong link and now I look like a jerk for linking to my own blog instead. Here’s where I was trying to send you: https://www.waysideyouth.org/2020/06/18/10-things-we-want-white-people-to-do-to-celebrate-juneteenth/.

Continuing this week’s theme of Attention Pollution… Yesterday I talked about ditching the dings, the little interruptions that take up way more of your time than you probably realize.

Today I’m going to poke at some conventional wisdom of lawyer culture: the idea that “client responsiveness” is a hallmark of good lawyering. “But I need to be responsive to my clients” is one of the most frequent objections I hear to my “ditch the dings” recommendation (“If I don’t know a client is emailing me then I can’t be responsive to them” is how the thinking goes). It is also one of the worst objections.

As someone who grew up with lots of lawyers in the family, I can say that the client responsiveness instinct has been around for a long time. Here’s the earliest example I know of:

My great grandfather, Loyd Wright, helped pioneer the field of entertainment law starting in 1940s Los Angeles (yes, it is Loyd with one L, and no “Frank” in front of it). His wife, my great-grandmother Julia, lived to be 101 and was sharp as a tack her entire life. Among Loyd’s A-list clients was Howard Hughes, the Elon Musk of his day.

One day as a teenager I was playing gin rummy with Julia, and I noticed her squinch her eyes at the ring of an incoming phone call. She proceeded to tell me about how, in the early 1950s, Mr. Hughes had insisted that Loyd install a phone in his bedroom so that he could be reached during the night. Of course Loyd immediately called the phone company to order the work—no doubt completed with equipment from the Hughes Tool Company.

Over the next decades it wasn’t unusual for Loyd and Julia to receive 2AM phone calls from Hughes’ chauffeur, always with the same message: “Mr. Hughes would like to go for a drive.” Loyd would rise from bed, don his three-piece suit and fedora, and slide into the limousine for the famously paranoid Hughes to talk business (and who knows what else) away from what he believed to be the electronic ears of his enemies. In my imagination they are always rounding the curves of Mulholland Drive.

It’s a pretty extreme example of responsiveness, and if you count a billionaire among your clientele you may need to do something similar. But that’s probably not you.

In today’s parlance, I think of responsiveness as a component of delivering your customer experience (CX if you’re into the lingo). A good CX can go a long way towards having a successful business, but it can also be expensive to create and maintain. And responsiveness is one of the most expensive ways to deliver it.

Assuming you don’t have a Howard Hughes on your roster, you’re probably trying to create a roughly-equivalent experience for most or all of your current clients.

The problem when you create a culture of responsiveness for your practice—through policy or habit—is that your responsiveness to one client almost always steals from the experience of another. For example, when you interrupt drafting a document for Client A in order to respond to an email or phone call from Client B, you’ve just allowed Client B to raise the legal costs for (and diminish the experience of) Client A.

We know from the U.C. Irvine study that even a short interruption can take a 0.4 (23 minutes) before you get fully back in the groove on Client A’s work. Not all of that time is pure waste, of course, but even a fraction of it is significant. And it adds up when you have a lot of interruptions.

We also know from the Michigan State study that, when you return to Client A’s work, you’re more likely to make a mistake on it. Hopefully you’ll catch that mistake and fix it, but doing so takes time. And if you don’t catch it, then Client B may have just caused an even bigger problem for Client A (and for you) than increased costs.

Because this way of working feels normal to most lawyers, they probably don’t even notice the impact of all of their interruptions. It’s just how law practice is.

Worse, if the lawyer is trying to meet a billable hour target, they have a direct incentive to not notice the impact; noticing would raise an inconvenient truth. In fact, in the context of billable hours targets, the negative impacts of responsiveness actually make (perverted) sense.

In either situation, the extra time to ramp back up and/or fix errors on Client A’s work simply shows up on Client A’s bill. Client A is none the wiser.

Let’s say you do notice, and you write off or write down that time. Enough of that behavior is going to put a strain on the profitability of your practice so that you’ll need to raise your rates sooner than you otherwise might. That too raises costs for Client A, and for Clients X, Y, and Z as well.

Client A might be safe if you’re a flat-rate or contingency-fee biller and you can’t pass along the increased cost of the work. In that case you’ll just have to eat the cost yourself. Won’t that feel good.

No matter how you cut it, responsiveness has a cost. Of course it also has a befefit to Client B… right up until you’re working on Client B’s matter and Client C comes calling.

My recommendation: You don’t necessarily have to learn to say “no,” but you’d better learn how to say “not yet.” Making a commitment to deliver legal work for Client A should mean ensuring that you have, and that you protect, your capacity to complete that work. A culture of responsiveness is the best way I know to kill your productivity and steal from your capacity.

Please log in again. The login page will open in a new tab. After logging in you can close it and return to this page.